Natasha from the JP Morning Show had the pleasure of interviewing local graffiti legend Alec Monopoly and girlfriend, Alexa Dellanos following up Art Basel Miami 2019. You can find Alec’s street art/murals all over Wynwood and Miami.

Alec shares his creative process, journey to Miami from NYC, what he likes to do on his “free” time and his new featured menu item at Papi Steak. Alexa gives us her media background and describes what it takes to get 1.6M followers on Instagram. It’s simpler than you think.

Alec, I wanted to ask you about Art Basel 2019. We just wrapped up, but it seems like you are still going. What’s going on right now, you’re still working on something right?

Yeah, we came in a week early to start Art Basel. We just started a mural two nights ago. I think everyone in Miami is exhausted and tired from Basel, but they came in super hot, full of energy, and well-rested.

Can you tell us where it is? Where can we find the one you’re working on right now?

The wall Chris Brown and I are working on is at the Exxon gas station on Alton Rd in South Beach. We’re blessed to have a good wall there. Chris Brown was actually gonna go back to LA from Saudi Arabia. He was like, maybe I’ll come to Miami. I was like dude I’ve got a sick wall. Come! They redirected the jet to Miami to do the wall with us.

Is it your first time collaborating together or with other artists?

No this is our third mural we’ve done together. We did the first one in 2013 so me and Chris go way back. He’s an amazing guy. I mean I don’t know what he doesn’t do. He’s so talented. He dances, makes music, and he’s a very talented artist. And I think it’s important when you do another collaboration with an artist, that your work looks good together and it isn’t similar. You can distinguish between who’s who.

Being Alec Monopoly, can you kind of guide me through the process of Art Basel weekend from beginning to end. How do you prepare? What does it take to get those live art shows going? I know you had Rick Ross at one of your shows! Tell us a little bit about that process.

Basically, Art Basel for me is two facets. We have the gallery that is open at Setai, and then we do an event for collectors and friends and fans. That’s more of a party event. It was at my good friend Billy Dean’s house. He’s got this beautiful villa, mansion on Pine Tree Dr on the water. We had large blow up money bag balloons. Some were like 10 ft. tall. It was a fun installation, interactive. I had some of my sculptural artworks and canvas works. We had my good friend Luciano DJ’ing to start the party and get the vibe right. I love deep house music. I love Luciano. I think he’s an amazing artist, in his own. He’s kind of a pioneer in the deep house world. We had Rick Ross close out the party, which was legendary.

It looked like a great time. Tell me what your journey was. You came from New York. How did you blow up in Miami? What brought you to Miami in the first place?

I’ve been coming and visiting Miami for many years, since I was a kid. It wasn’t until 2006 that I started coming to Art Basel. That’s when I was a student, learning from other artists, being inspired by other artists, going to art shows, and just dreaming one day, I would exhibit in Art Basel. It wasn’t until 2013 I did my first show at Art Basel, and it was a huge success. Every year we’ve gotten bigger and bigger. I’m proud to say we have one of the best events, and we have a large presence here at Art Basel. We have murals all over Wynwood.

How many do you have up now?

I would say about 6 or 7. My walls would get painted over. Now that I’m a Miami local, I’ve made friends with the local graffiti writers. I collaborate with t3soe. He’s an amazing local guy from the 004 Connec crew. We have this great partnership. No one touches our walls, and they have respect. It’s a great feeling having your art respected, cherished and up on the wall.

There’s some kind of symbol signaling other artists not to paint over correct?

There’s always kind of a conflict between the underground and being commercialized. I try to be very careful on being too commercial, but I can’t really help that my notoriety and fame has gotten to be so big, and that people would view me that way. Deep down inside, I’m just an artist following my passion.

Did you always start with the monopoly symbol? Or did you kind of work your way into that?

Going back to the mural you were painting with Chris Brown, a kid yesterday came up to me while you were spraying the way, and he saw the G Wagon and the McLaren wrapped with Alec Monopoly’s paintings. He asked how he could get that on his mom’s car! It was so cute. How do you feel about impressing kids, the youth with your art? Do you think it’s the right symbol that could influence our kids today?

I don’t just paint Mr. Monopoly and money bags all day long. I create other artworks that are iconic portraits of important people like Nelson Mandela, which is hanging in the Nelson Mandela Foundation in South Africa. A lot of people focus on me just painting Monopoly, but I really have a diverse portfolio of work. I really enjoy inspiring these kids, and I hope that I have influenced the next generation of artists with showing work that is of positive nature with bright colors that are fun and happy.

Sticking with the theme of being an influencer, both of you have over 1M followers on Instagram. You’ve both started YouTube channels as well. Alexa, do you consider yourself to be a social media influencer or what would you call yourself?

I don’t really like to use the word influencer because I feel like I’m a lot more than that. It’s like being a photographer, videographer, an editor, and a producer all in one. Aside from that, I studied to be a journalist. I was in the route to be a TV host, and I was working at a station. I decided that I wanted creative freedom over my platform, and I kind of just wanted to grow. I took that gamble and just stopped working for somebody and just started working for myself.

How did it even begin? Was it with just one picture? Did you change your profile?

I definitely don’t think there’s a formula to what I’ve done. It just kind of grew on its own. I didn’t really expect for it to grow so quickly in just a year. It’s just been a year that I grew over 1M on Instagram. I didn’t do Instagram to make a living in the beginning. It kind of just happened.

I’m sure a lot of girls, including myself, don’t have even close to 1M followers. We’re hopeful, especially being in the media industry, that our following is going to grow and that you have some sort of presence.

I think more than my following growing, I want my following to be strong. I’ve noticed recently that everybody is in this race to get more millions of followers. Once you reach a certain point, nothing is good enough. I’ve realized that engaging with people helps to grow. Even still to this day, when people ask me for a photo, I’m just like really? Are you kidding me? That part is really nice and rewarding.

Is there any advice that you would want to give people? How can you do it?

Alexa: Be consistent. Know what you want to post. It doesn’t have to be just one thing. If you’re in a bad mood, just still go through with it. Still post, still engage with your fans and your following. You don’t have to be perfect. I’m such a perfectionist that I would go months without posting on Instagram, and it just wouldn’t grow. You have to be really present for people to get to know you.

Alec: People who sit around and wait for the good idea, it’s never gonna happen because it’s not just going to strike you like that. You have to be working through it and trying many ideas to find the right idea.

Alexa, if you could give your 12 or 15 year old self one piece of advice, what would it be?

None of this is gonna matter in a few years. Even when you’re young and you stress, you don’t always know what’s going to happen. I always thought that I had my whole life planned out, and it just didn’t go the way I planned. I am happy about that. It’s a good thing. Don’t take life too seriously. Don’t worry too much. I could still be telling myself that advice.

I want to finish this off with a couple random facts about you guys. What is something besides the art you like to do if you have free time? Or maybe you have a hidden talent we don’t know about?

Alec: I love surfing and skateboarding.

Do you want to share your social media handles, websites, or anywhere else people can reach you?

Alec: My Instagram is @alecmonopoly and my YouTube channel is Monops Vlog or just look up Alec Monopoly.

So last but not least, you have a Monop potato on the Papi Steak menu. How’d that happen?

Aw man, me and Papi are best friends. We’ve been dreaming about this restaurant opening for years. He put his famous Papi steak that we used to grill at barbeques and my favorite dish, caviar and mashed potatoes on the menu. 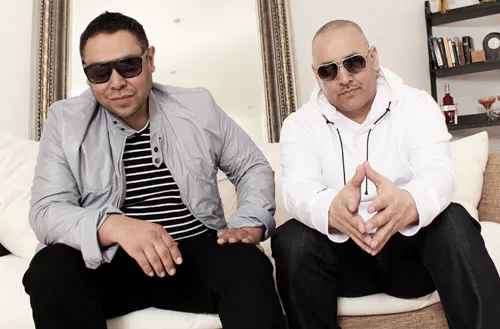 The Avicii’s Biography now has a Release Date 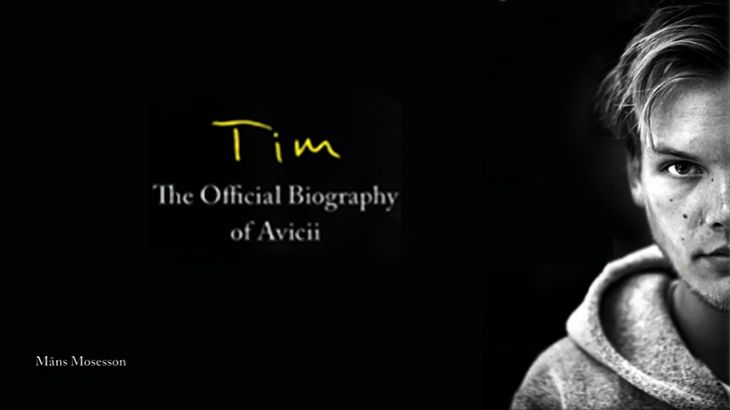 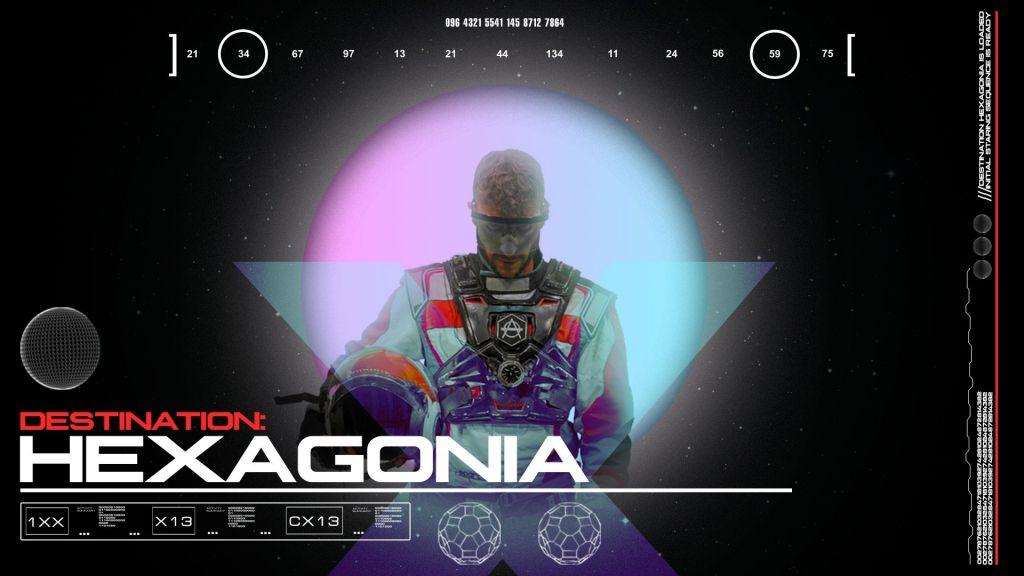