The best time of the year is just around the corner! No, I’m not talking about primary election season. And it’s definitely not baseball spring training either. No. It’s Miami Music Week! DJs, pool parties, conferences, and Ultra Music Festival all come to Miami in late March for a dance music extravaganza. And with Miami Music Week comes great music and a handful of artists you should be on the lookout for. I am sure I am missing a few, but these are my top 5 artists to look out for during Miami Music Week:

1. Tommie Sunshine
Tommie Sunshine has been in the dance music scene since before I was born. He is a true OG. He’s also one of the DJs I look most up to. And although it’s hard to pinpoint when a veteran has their best year as an artist, I think it’s inarguable that 2020 was Tommie’s best year. He did official remixes for Billie Eilish, expanded his label’s footprint, and has made his Miami Music Week party one of the go-to events of the week. Booking some of the top DJs in the world, but keeping much of the lineup as “up-and-coming” and “underground” as possible, Tommie might be the only person in the scene that can put together a party all by himself and construct a perfect ambience. Equal parts weird, equal parts epic, the Brooklyn Fire party during MMW is a must for everyone looking to get into some Music Week fun without having to deal with the pretentiousness of big name venues. Brooklyn Fire – Tommie’s label – has discovered some of the most talented producers in the game right now. Haus of Panda, Slatin, and Fahjah are just a few of the artists that have released on his label. And they are a mainstay at all of his events. Expect to see some of dance music’s legends, as well as some of the up-and-coming stars, under one roof at his party during Miami Music Week. There is a reason they call Tommie Sunshine the Rave Jesus. And it’s not because of his hair. OK.. maybe it’s partly because of his hair.

2. Duck Sauce
It’s probably no surprise that the boys from Duck Sauce are teasing new music in early February. I would bet my bottom dollar that they are gearing up for a Miami Music Week push. After a six-year hiatus, the duo consisting of two DJ legends – DMC champion A-Trak and house vet Armand Van Helden – are back with a vengeance. It’s no secret that A-Trak loves to perform in Miami, and I don’t see him being one of the few DJs that skips out on Miami Music Week. Especially at a time when he’s also working on a project with his brother David (who is also one half of Chromeo). That project – The Brothers Malkovitch – will almost surely make some waves during Miami Music Week as well. But I am definitely curious as to how Duck Sauce plans to follow up on their hit ‘Barbara Streisand.’

Diplo, Walshy Fire, and Ape Drums are as synonymous with Miami Music Week as Ultra Music Festival is. Not only are they one of Ultra’s headliners, but they are surely debuting new music during MMW. Having already dropped 2 soca/Caribbean inspired tracks in recent weeks, it should be no surprise that they are setting themselves up for a huge Miami Music Week. Keep an eye out for Major Lazer or any one of the three members to show up as special guests at parties all around the city during Music Week. They will be among the artists making the most noise during MMW.

4. Axwell
There really is no reason for Axwell to participate in Miami Music Week. Swedish House Mafia is back together, and they have a lucrative touring deal with Live Nation. If there is an artist that doesn’t need MMW to stay relevant, it’s Axwell. Having participated in Music Week or WMC events for over a decade, Axwell will be making his presence known once more during MMW in 2020. Which, of course, opens the doors to a whole set of possibilities regarding Swedish House Mafia. Although Steve Angello and Sebastian Ingrosso have become the more prominent members of the group in recent times, I’d keep an eye on Axwell if you are trying to gauge where SHM is going next. He will be hosting his annual Axtone pool party, where you can expect some of his friends (including Angello and Ingrosso) to show up. Axwell is also the king of teasing new music and projects. I am sure Miami Music Week will be a testing ground for him and his music projects.

5. Dog Blood
Admittedly, this is a duo that may not participate in anything during MMW. Not because they have fallen off, but the duo consisting of Skrillex and Boys Noize haven’t been particularly open about their projects. To be fair, though, both Skrillex and Boys Noize have been busy on their respective projects. However, the fact that they have been teasing new music has given me hope that they will participate in at least one or two parties during MMW after all. And why shouldn’t they? Skrillex may be America’s most prolific dance music producer ever, and Boys Noize may be one of the world’s most unique musicians. Boys Noize is already slated for Ultra Music Festival, so maybe we will see a surprise Skrillex sighting in Miami during MMW. Dog Blood is a perfect blend of talent and vision. And I think their sound would be a perfect signature to Miami Music Week.

I am sure this list looks different for each one of you, so let me know who your Top 5 are!

Your favorite Italian also takes over the Miami airwaves on weekends too! From 4PM to 8PM, he goes over his weekly favorite tracks and puts it all together for your listening pleasure! Tune in on 93.5FM or though our mobile application 'Revolution 93.5FM'. 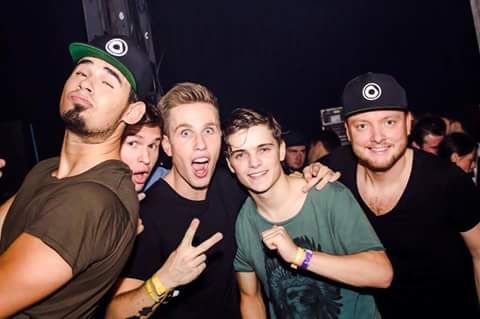 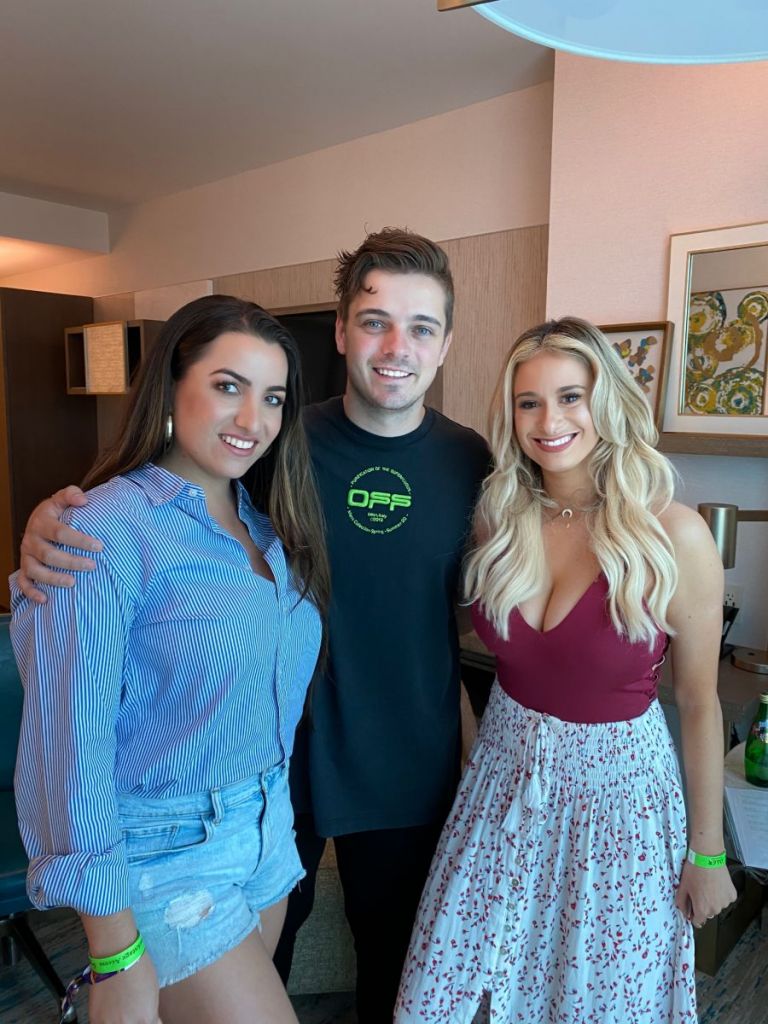