Last Friday, the Swedish House Mafia finally released the long-awaited track featuring The Weeknd, and it already breached into our hearts. It is named “Moth to a Flame” and is a soft track that we might listen to for the entire Winter across the radio airplay and through our playlists.

The collab between the SHM and The Weeknd was not the only great news last Friday. Indeed, The Swedish trio also announced the US and European tour for 2022. Starting from Miami on July 29, they will perform around the two continents throughout the whole year for a total of 44 appointments. Here in the pic below are the complete tour dates.

Moreover, if this is not enough, they have announced the official release date for the upcoming album “Paradise Again,” which will be released next April 15, 2022. The official website has all the info about tour dates, tickets, and pre-save for the album. 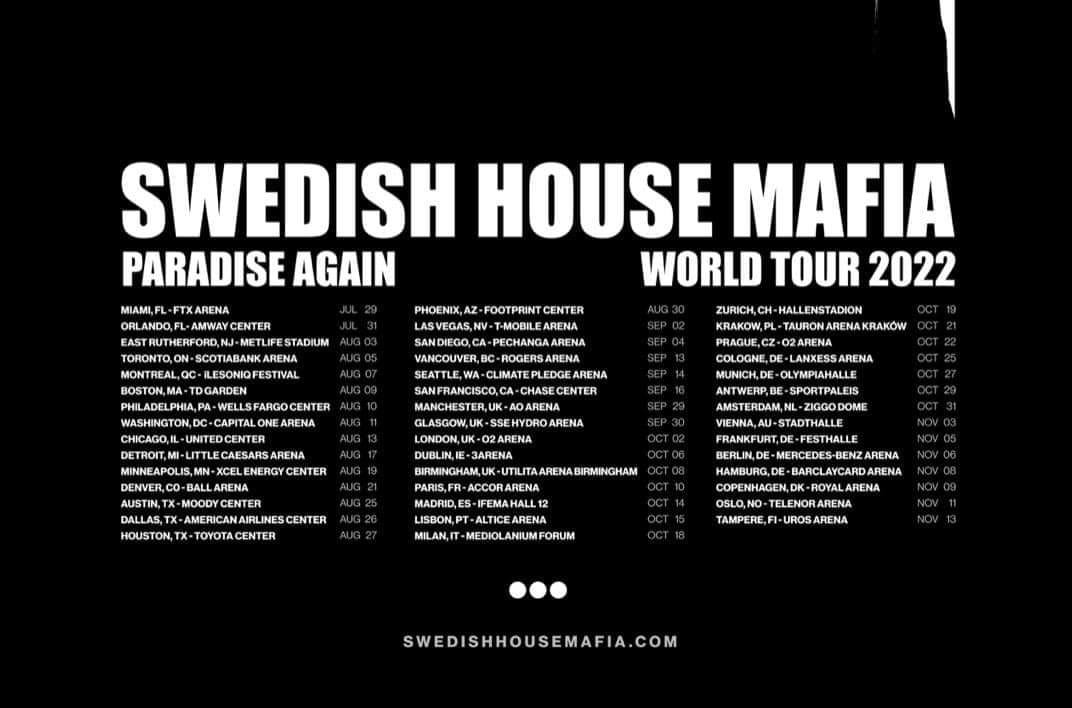