Steve Aoki has officially become the first DJ/producer to obtain recognition in the prestigious Asian Hall of Fame. Aoki, who has Japanese origins, has gained the primacy as DJ/producer to reach this fantastic milestone in the EDM community. 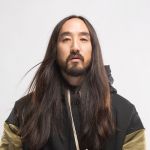 The award ceremony will occur on 13 November 2021. It will honor other Asian pioneers such as Ken Jeong, the famous actor known for his roles in The Hangover, Crazy Rich Asians, Community, and many others.

Founded in 2004, the Asian Hall of Fame is the world leader in promoting Asian excellence and racial equity. The organization is also engaged in the solidarity campaign of the movement Stop Asian Hate.