Growing up as a dancer and a singer in south Florida Kristen’s path led her to the nightlife industry where she found a place where she felt accepted and free to be an artist.

Highly influenced by her cities’ iconic night life, and years of playing Florida nightclubs her love for house music led her to become creative technically while on deck still reading a crowd and delivering a journey creating one of a kind spontaneous impromptu live mashups never heard before or ever again.

Growing up as a dancer and a singer in south Florida Kristen’s path led her to the nightlife industry where she found a place where she felt accepted and free to be an artist.

In the USA she has been a regular at high profile venues such as Schimanski NYC, TBA Brooklyn, 1-800-lucky, Mynt, Wall, SLS, Surfcomber, Nikki Beach, Delano, Sql, Clevelander Miami Beach. In addition she has appeared in festivals and special events such as The Groove Cruise, Love Festival Aruba, & the Buena Vida Beach Festival Cartagena-Colombia, just to name a few. The summer of 2018 will see her holding residencies in Marbella, Ibiza, Miami, New York, and into the fall Asia (Thailand, China, Japan, Singapore).

Kristen’s technical skill has led her to open and play back to back with world renowned A-List Djs such as Roger Sanchez R3hab, Croatia Squad, Atrak, Eric Morillo, Sunnery James & Ryan Marciano amine edge and dance and many more

Currently she has monthly residency-EVE at 1-800-Lucky in Wynwood Miami, focused on showcasing female DJs & producers.

Kristen Knight is intent on breaking all barriers and taking her music and career to the next level.

Every Saturday at 2am! 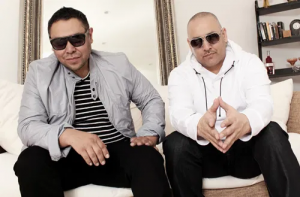