Laidback Luke shares a photo with his new child 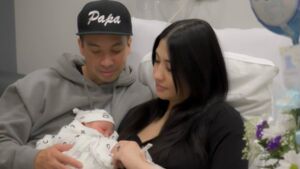 The life of a DJ and producer is not only about gigs, parties, tours, and music. It also includes personal life and family.

It has been a great year, full of musical successes and a fantastic tour on his artistic side. On the personal one, Laidback Luke confirmed to be ready for a new chapter of his life: he will be a dad again!

He already has 3 children with his previous wife. Now, he just had a new child with his new partner Ashley.

LL shared a photo via socials on October 4th, where his wife, him, and the newborn were happy. We want to join his myriad of fans by sending our congratulations to Laidback Luke. In the meantime, we want to remind you that his last tune with R3hab, named “Weekend on a Tuesday,” has been out everywhere since August 19th.

Tagged as 2022 laidback luke new son Weekend on a Tuesday

The VideoGame of David Guetta