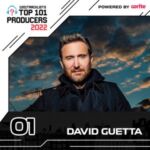 David Guetta has been crowned as No.1 Producer of TOP 101 Producers of 2022 by 1001tracklists. The French superstar DJ, who worked his way up from playing at underground house clubs through to the top of the pop charts, has now won respect as the most-supported producer.

As we expected, he did a great job this year, dropping new future rave and house stuff like remixes, reworks and earning his 7th #1 in UK. On the chart, Guetta is followed by Vintage Culture No. 2, Kryder (#3), John Summit (#4), and Tiesto (#5), rounding out the top five. James Hype, Armin van Buuren, Joel Corry ,Nicky Romero, Oliver Heldens make up the top 10.

But there are plenty more impressive jumps including, HUGEL, ARTBAT, and more. It’s exciting to see all the strong newcomers like Acraze, Hardwell, Dombresky, Swedish House Mafia, FISHER, and so many more. Let’s see the complete list below. 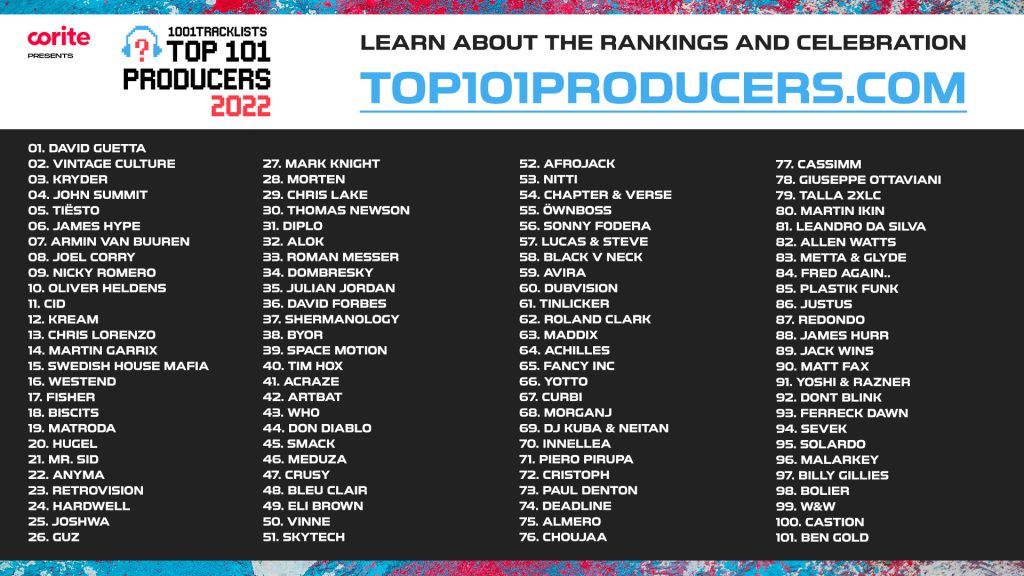 Alok for a remake of Depeche Mode’s music