MIAMI’S ELECTRIC PICKLE TO SHUT DOWN IN 2019

One of Wynwood’s most known venues announced that they will be shutting down in June 2019 after 10 years.

Club partners Will Renuart, Tomas Ceddia, and Diego Martinelli made the announcement on their Facebook page on Friday, saying that they will not renew their lease.

The three wrote in their statement “It’s been a crazy ride and we’re not done yet. It’s time for a change. We look forward to one more trip around the sun, filled with parties and memories. See you under the disco ball.”

Since it’s opening in 2009, the Electric Pickle has brought different musical tastes to make it a place for everyone. 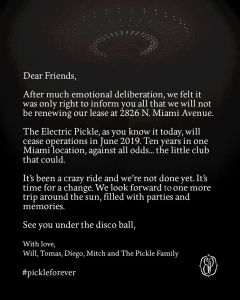 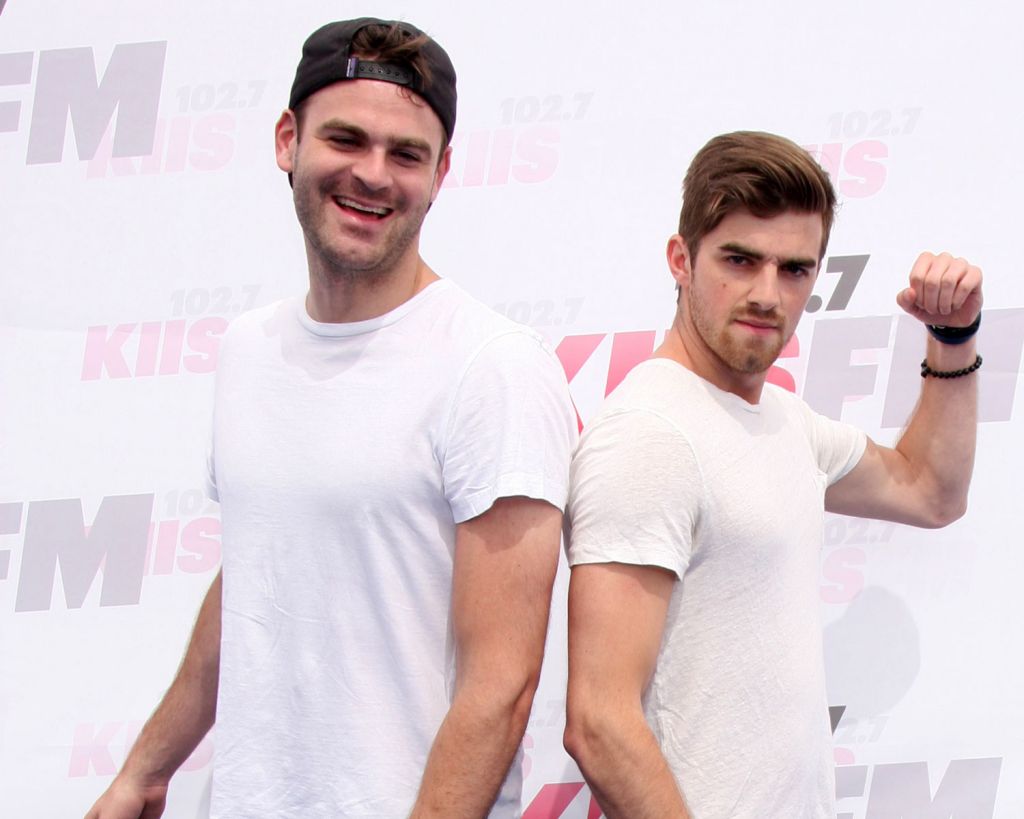